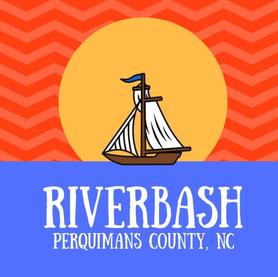 get community organizations involved as well as celebrate the 350th

anniversary of the forming of Perquimans County.

reached out to the Hertford Rotary club and Historic Hertford Inc.

to get their support for Riverbash on April 27-28. Since the end of the

Indian Summer Festival in 2016, the county hasn’t had a large

single two-day event.  Smith thinks the Riverbash may be that event.

“The idea to showcase Perquimans County in the best way possible and invite visitors to see what the county has to offer,” Smith said, “We want this to be a fun thing and the premier event in the county.”
There are plans to have an art walk on the courthouse green and HHI and the Rotary are working on having a mini version of the Toast The Perquimans at the town docks, Smith said.  Food and entertainment will be provided. A fishing event for kids is also on the list.

For more information or to get involved, contact Smith at 426-5657.
The Riverbash weekend already has two events that were already scheduled that will be bringing people into the county -- the fourth annual Unhilly Hundred bike race and the eighth annual Master Gardener’s plant show at the Perquimans County Recreation Department.

Katy Shook, the head of the Master Gardener program for Perquimans, Chowan and Gates County, estimates about 500 or 600 people attend that event. It runs from 9 a.m. until 3 p.m. The Unhilly event draws about 50 riders, but Julie Phelps, a founder of the event, said she has high hopes there will be more.  The route depends on how far riders want to go, up to 100 miles. The name comes from the fact that the terrain in Perquimans County is flat.

But that number pales in comparison to the number of riders participating in the “Tour de Cure,” a funding raising event by the American Diabetes Association. “They will be coming out of Suffolk will be going through Hertford on April 28th as well,” Phelps said.  “That will be a couple thousand riders.” She isn’t worried the Diabetes event will hurt her crowd.“Those big fund raising rides are a different group of people,” she said. “All they do are those rides.  But there will be lots of bikes on the road that day.